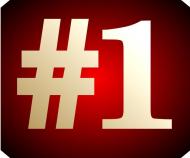 Goldfish have clinched another number one in their home country, this time on South Africa’s biggest radio station, 5FM.  After 7 weeks in the charts Washing Over Me (feat. Morning Parade) nailed the coveted #1 spot on the 5FM Top40 – and the boys couldn’t be more stoked.

‘It means a lot to us to have such amazing support back home while we’re away on tour’ says Dom, ‘we’ve been based in Ibiza the whole Summer, touring Europe, chipping away, converting people into fishfans…and you know, it’s just great to get good news like this!’

South Africa’s proudest electronic export, Goldfish will return home in September. The band have been based in Ibiza for their residencies at two of Ibiza’s most prestigious clubs, Pacha Ibiza playing superstar David Guetta’s night F*** Me I’m Famous night, as well as a residency at The Blue Marlin Ibiza, voted the Worlds’ Best Beach Club; interspersed with headline bookings in France, Germany, Holland, UK and Italy.

Goldfish will be performing a select amount of exclusive gigs in the rest of 2012 whilst recording their new album, including headlining Joburg Day, H2O alongside DJ superstar AfroJack, a peaktime slot at Rocking the Daisies, The Oh Ship concept tour, Durban Botanical Gardens as well as their legendary Submerged Sundays concept in Cape Town, now in it’s 6th year.

Goldfish’s new album is due out in February 2013.